A friend of mine noted on her Facebook page today that two friends had asked her about how she was feeling. She gave two different answers because of their relationship to her and the conditions they had. To one friend she had replied that she was “fine” and to another who shared her condition she actually answered honestly. It got me thinking that I, as with a lot of people, have lots of different faces that I show to different people on any given day. Sometimes it’s even at any given time of the day that I show my different faces. As I said it got me thinking, what faces I show different people, especially because I have a chronic illness. I hope that my simplified emoji walk through of some of my faces will be interesting to you. 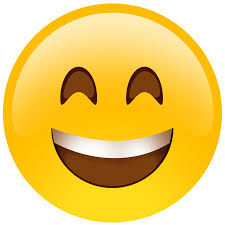 My “I’m fine” face. This face is very rarely felt but often shown. This face is the one I show to my acquaintances, those people who I don’t see very often. The ones who always ask “how are you” but who don’t want to know the real answer. You know the sort, and you know that if you gave them the real answer to their question they wouldn’t know where to escape to. This face is often shown to others too, it’s shown in appointments to show that you are coping; it’s shown to teachers or even (for me) to my carers. It’s shown so many times that this is often the default, the one that you can pull out when you need to. But it’s this one that makes you so tired. It’s this one that when you get home after showing it to the outside world you need to take off. You need to take it off or you break, you need to have somewhere or someone that you can show your real face to. Even if it’s just a pet. For me it’s my mum, she see’s every face and knows when I’m “putting it on” she also knows when it’s going to break. 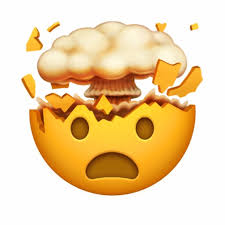 This one is the “overload” or “meltdown” face. The hardest one to control, because this is the one that can come on suddenly or sometimes over time. But you often don’t see it coming, when it does however hard you try you cannot fail to show. This one can be caused by keeping your “I’m fine” face on for too long or can just be when things have got too much. It’s so difficult too because this is one of those that you really don’t want to show people. You don’t want to let anyone see that you’ve reached breaking point, but you have no choice. You have to let it out because it escapes!! 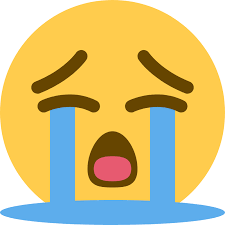 This is the “sad” face. This one is another rarely shown one. This is one that you show to friends, to family. To those who you are close to. You don’t want to show this one to everyone because you are scared that you will be judged or that you’ll be seen as not coping. You show this one to those select few who you trust, the ones who will comfort you and those who you would do the same for. There aren’t many who see this side of you because a lot of people don’t want to. They don’t want to see the struggles, or the upset. They don’t like to see the pain. But those select few who do, they are the precious ones. 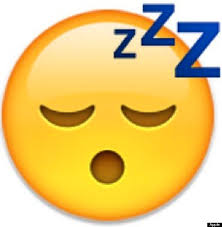 This is the “tired” face. Now this is a strange one, for some this is one that you cannot hide. You can’t hide the tiredness that comes with a sleepless night. You can cover up the dark circles and the bags with make-up, well sometimes. Some signs of tiredness are harder to hide but you do. But what you can hide is the fatigue, the sheer exhaustion that having a chronic illness has on you. Your body and mind are feeling like completely shutting down, but to most people you put on your “I’m fine” face. Which brings me to another hard to hide tiredness, this one is the one that hiding your “real” face gives you. The one that when you walk through your front door you can no longer keep on, you’ve had it plastered on your face for the outside world and you have to take it off. It’s exhausting keeping it on, and you have to have let it slip. So sometimes you have to show your “tired” face and sometimes you have to (or don’t have to but do anyway) hide it away from the world. 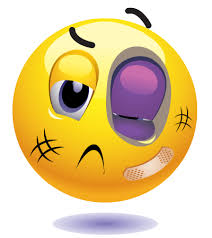 This is my “chronic illness” face. Not many people get to see this side of me. This is the side of me that has pain and fatigue. It is the part of me that people don’t really want to see, because this is the side that has problems that other people don’t want to know about. Even ones who do, don’t want to hear about it all the time. But when you have chronic illness it is 24/7. We don’t get a day off, we don’t have a minute off but most people can’t cope with hearing the reality of it all. It’s understandable, we often can’t cope with it all ourselves. But we have to, others don’t and this is why this side is often hidden. 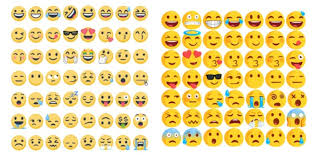 So I guess what I’m trying to say is that someone who has chronic illness has many many faces, each one different and each one shown to people at different times. Most people couldn’t cope with my many faces, which is why I’ve had to create the mask. To hide the me which the world doesn’t want to and can’t cope with. The me who has to deal with the reality of my illnesses. We all put on faces, these are just some of mine. I have many many more, many which some will never see and some which I can’t help but show. But the one that I show more than any other is the “I’m fine” face, the mask which hides all that goes on underneath.

View all posts by TheCraftyInsomniac

19 thoughts on “The many faces of chronic illness!”